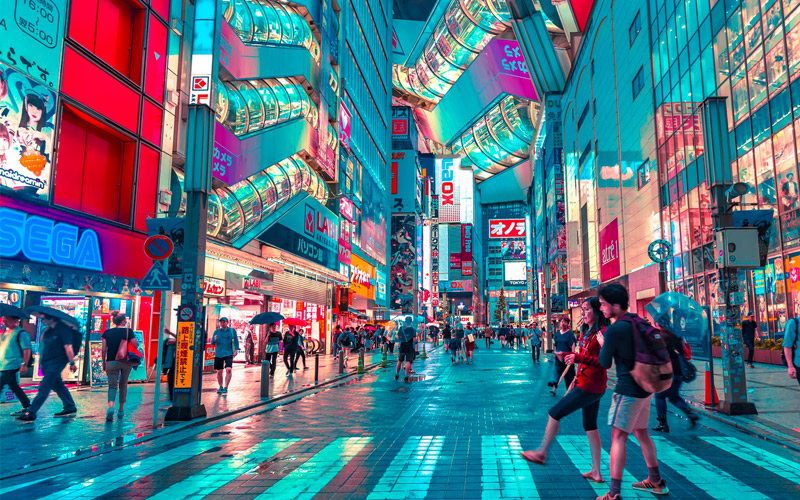 You’re driving home after work. You’re in Los Angeles. Or Boston. Maybe Chicago. You’re doing less driving than sitting in your car staring at brake lights. No one wants to waste their life away in a traffic jam, however, that’s the reality for millions of people worldwide who don’t live in smart cities. Or at least cities with some sort of smart mobility solutions.

A Recap of Smart Mobility Technologies

Here’s a reminder of some of the things we’re talking about when we say smart mobility solutions:

So which cities are leading the way forward with the most mature smart mobility examples?

Moscow has done a lot of all these solutions. Thousands of traffic cameras, smart traffic lights, and road sensors provide real-time traffic and accident monitoring. They’ve modernized their subway, train, and bus system, leading to frequent and consistent service tracked in real-time on an app. They’ve overhauled their parking policies. The results are impressive. The average travel speed through the city increased by 13% in 2018. More residents left their cars at home and took public transportation. Public transit trips went from 1.9 billion in 2010 to 2.8 billion in 2017. If that increase holds steady, they should see nearly 3.5 billion public transit riders in 2021.

Hong Kong provides residents with a mobile-friendly city dashboard that shows real-time images, maps, and other useful information. The dashboard informs people of traffic speeds, temperature, rainfall, and parking availability. The platform gets its data from government departments and is looking forward to adding real-time information on buses and trains.

In Copenhagen, roughly half the population bikes to work. It's convenient with an app that takes in all data available about the city and guides cyclists through city streets. It even tells them how fast to pedal to make the green light. There's also an app that helps cyclists plan their routes based on real-time feedback from other users. A third cyclist solution in Copenhagen warns cyclists of police activity related to bicycles so that they can avoid potential issues and fines.

Together with Vivacity Labs, Transport for Greater Manchester is implementing AI-controlled smart traffic junctions. In these traffic junctions, the system can differentiate between vehicles, bicyclists, and pedestrians in order to make prioritizing decisions and adjust traffic signals accordingly. The city hopes this solution will improve cyclist and pedestrian experiences, improve air quality, and reduce emissions.

Dubai’s Road and Transit Authority reports a significant reduction in traffic accidents caused by fatigued bus drivers. The AI system plans bus routes based on how many people need to use them throughout the day. The idea is to improve safety and user experience by identifying bus routes with heavy traffic, peak hours of use, and the best lanes to use. During a 30-day trial, they saw a 13.3% reduction in wasted bus travel time.

Barcelona, Spain, is innovating with its smart Line 9

Barcelona is currently working on what will one day become the longest underground metro in Europe. Line 9 isn’t just an impressively long metro since, as we know, size alone isn’t everything. It’s also a smart initiative that’s improving mobility for the nearly two million citizens of the city. When finished, this route will link together as many already existing public transportation systems as possible, maximizing the effectiveness of the network. Smart elevators transport commuters 30-90 meters below ground to the stations. The outdoor units that link the outside world with the metro stations are also intelligently designed, taking into account Barcelona’s challenges due to geography, architecture, and high density.

The first step for Lublin was installing GSM and GPRS devices on their buses. With that real-time data, they can provide commuters with maps of where each bus is on its route and more accurate wait times. While this isn’t the highest-tech solution, it has created a more efficient public transportation system, a better user experience through reduced wait times, and increased confidence in the bus transit system as a viable alternative to driving.

Oslo, Norway, enables the use of electric cars.

For Oslo, smart mobility solutions aren’t just about improving traffic but also cutting emissions. The city is aiming to cut emissions by as much as 95% by the year 2030. In addition to encouraging companies to develop electric vehicles, they’ve set up much of the city to make the use of them easier for citizens. A smart grid and over 2000 convenient EV-charging stations are a starting point. Electric car owners in Oslo also don’t have to pay sales tax and get free parking, free charging, and transport on the city’s ferries.

There Are Tons of Other Cities with Smart Mobility Examples

While these examples above are some of the most notable, many other cities have implemented their own versions. The most common implementation has been mobility apps. Cities like Amsterdam, Boston, Kansas City, NYC, Santiago, and Seattle have apps that, among other things, provide real-time traffic guidance, parking space information, and public transport mapping.

In fact, there’s a good chance you’re currently remembering your own city has a mobility app. If you’re one of those who has to deal with traffic jams every day, then now is the time to download the app and start using it!

And if you’re not one of the lucky ones to have access to one of these smart mobility examples, sit tight. At the very least, having an app is one of the first stepping stones to becoming a smart city. Give it a couple of years, and we’re sure your city will start developing its own. In the meanwhile, we wish you safe travels, quick parking, and convenient public transport!

Existential Crisis: Do We Create Technology for the Wrong Reasons?

I Am Not Convinced: Is the Blockchain Hype BS?

Not All Technology Project Leaders Need to Be Engineers

The Internet of Things: What the Transportation Industry Needs to Move Forward?

Why You Should Consider Maximo Service Management